The Day I Fell Off My Island by Yvonne Bailey-Smith

It’s 1969 and Erna Mullings has just arrived in London from Jamaica. Finding herself in a strange country, with a mother she barely recognises and a step-father she despises, Erna is homesick, lost and lonely. Her life is about to change irrevocably.

‘A striking story with an unforgettable cast of characters you’d expect to find in the grandest work of fiction.’
CANDICE CARTY-WILLIAMS 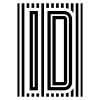 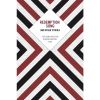 Redemption Song and other stories. The Caine Prize For African Writing 2018

A story of reluctant immigration and the relationship between children and the people who parent them, The Day I Fell Off My Island is engrossing, courageous and psychologically insightful. Yvonne Bailey-Smith writes with great warmth and humanity as she explores estrangement, transition and, ultimately, the triumph of resilience and hope.

A psychotherapist and former social worker, she explains:

‘As an immigrant child, I often wished that someone had been able to take me aside and explain to me that leaving everything I knew to go on a so-called adventure to somewhere way beyond my imagination was going to cause me an unimaginable sense of loss and sadness. I also wish that the same person had been there to reassure me that I would survive and even flourish, given half a chance.’

'The richest, and most unusual, feature of the novel, is that the dialogue is written in Jamaican patois... It’s a bold stylistic decision, which draws you into a different way of life – one that is bright and vivacious, but also God-fearing and bound by a tight social etiquette… Though terrible things do happen in it, The Day I Fell Off My Island is a kind and forgiving novel… The book is threaded through with social issues that its author has encountered in more than 40 years as a social worker and psychotherapist: mental illness, domestic violence and, of course, the corrosive results of racism, but she was determined not to make Erna a helpless victim.' Claire Armitstead in The Observer

More Information
Reviews
Write Your Own Review
Only registered users can write reviews. Please Sign in or create an account