Menu
🛈 Customers outside the UK: We are accepting orders on Calendars, Cards and eBooks again.

Michael, from the shop team, explains what led him to get to know the New Internationalist, to work there, and then source olives for the Ethical Shop, from a region of Northern Greece that almost feels like home.

Over the hill on the road to Mount Athos

I don’t usually do personal, I shy away from it and so I am about to step out of my comfort zone. Because this is important and it’s about all sorts of things; supporting New Internationalist (NI), family, friends, vanishing decades, food, farming and fair trade. What has prompted me is that we’re now stocking gorgeous Greek Olives in the Ethical Shop and here's the reason this came about.

I went to college in Brighton and read the New Internationalist regularly for the environmental side of my course. The lecturers were always recommending articles, often photocopied really badly and handed out at the end of seminars.  Loads of houses, including ours, had the ‘Peter’s Projection Map’ pinned to the wall, like a badge of honour. Afterwards, in the early 90s, my shared basement flat in London subscribed and the owners above had the New Internationalist ‘One World Calendar’ proudly displayed in their hall. All this seemed to be a sign when a friend of mine put a Guardian advert for a job at the NI under my nose. Even though I loved the idea of working for the organisation, I never dreamed I’d be part of the Co-op and living in Oxford a few years on.

The road to the olives also started in Brighton when I used to hitch up to the campus on the South Downs every day. I got a taste for it and soon ended up hitching to London for band practices and with a college friend around Europe a few times to visit his family who had moved to Zurich. Then an old school friend wanted to go to Turkey, to Istanbul, so I persuaded him that hitching would be easy. It took over a week via Paris, Strasbourg, Munich, Vienna, Budapest, Belgrade, Sarajevo, Dubrovnik, what’s now Podgorica and Thessaloniki. I wore my ‘combat racism’ NI t-shirt, bought my my Mum, the whole way. It was just before the Yugoslav Wars, we got into a few scrapes but it was a special trip. 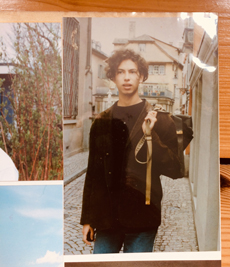 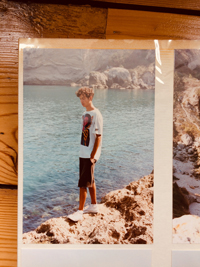 We got stuck on the Macedonian Greek border and I fell in love with the land, the people and even the heat. In the end we had to walk into Greece waving our passports at a sleepy official. For some reason, no one was picking us up, and after a day of walking with our thumbs out we ended up sleeping in an abandoned toll booth next to the main road. The next morning, it was a gentle faced, kind beyond words, Greek school teacher, who gave us a lift and said we’d never get anywhere hitching, let alone Istanbul. He offered to take us all the way to the main station in Thessaloniki to get the night train. That train journey was enchanting and seemed to go on forever. I remember looking at the map and seeing the train track winding east towards the Turkish border and a mountain sticking right out into the Aegean Sea. I was mesmerized by the landscape, the goats, the olive groves, the small farms and the sun setting behind me. I now know that mountain, south of the train line, was Mount Athos. 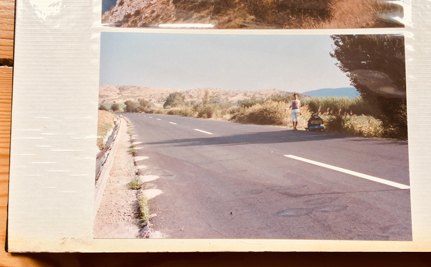 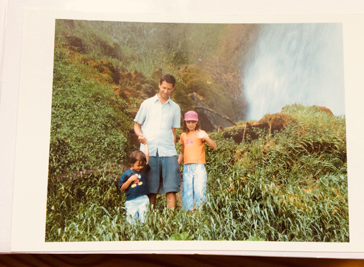 A few years later, I’m back in Greece with my partner. She’s half Greek and we’re returning to the place her dad was born. A beautiful town called Edessa, full of streams, running along the side of roads, that converge at a massive waterfall. It’s up in the mountains towards the Macedonian border. He had just turned 50 and hadn’t been back to Greece since he left when he was 17. It was full of emotional reunions with places, family and school friends. With the help of his sister we even managed to have a look around the old house they grew up in. On the return bus journey, back towards Thessaloniki, I spotted that same toll booth I’d slept in 5 years earlier. It looked exactly the same with scattered glass strewn around.

Fast forward a few years and I’m retracing some of that journey to Turkey with my partner and young kids, Hebe and Jude. Coincidentally she has relatives close to the area of Northern Greece that the night train runs through. Although we were heading to Istanbul, one of the most exciting cities in the world and would arrive in the early morning to the sound of callers from Minarets, as before, the best bit for me was the train journey from Thessaloniki, the landscape and the olive groves. 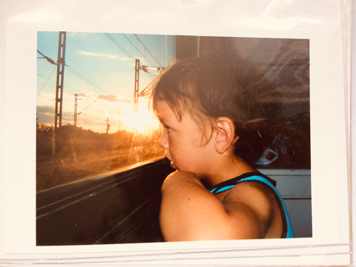 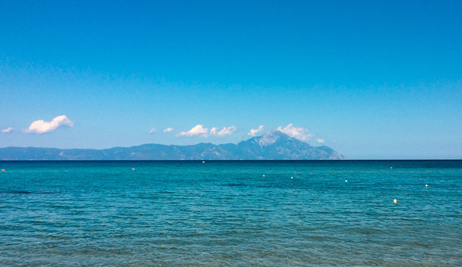 We now go and visit relatives more or less every year and stay in a dusty town in Halkidiki, called Nea Moudania. It’s nothing special, but has its own kind of charm and various family members have based themselves there to get out of the city, it’s also easy to get to Edessa from here. A few years ago there was an organic fair along the seafront and I bought a selection of olives. These olives were the best I’d ever tasted and the market trader explained that they were local, Halkidiki olives, from over the hill on the road to Mount Athos.

You probably know where this is going now. Anyway, jump to earlier this year and we were having a zoom meeting to discuss new food ranges for the Ethical Shop. We had just been disappointed at having to suspend our imports of Greek oranges that we were getting from gebana, the Swiss fair trade organisation. Routing oranges, via another organsation, through a post-Brexit Europe was proving too costly and time-consuming. I had the idea to try and stock olives that tasted as good as the ones I’d bought on the seafront in Nea Moudania. After a lot of research and loads of dead ends I managed to find the Halkidiki olives. Then with the help of our Greek relatives, various phone calls and emails, I managed to get in touch with the farm in Ormylia. We agreed a fair deal with Dimitris and Nikos and now these gorgeous olives, from the groves I know so well, are on the shelves and ready to be posted out for you to enjoy.

Here's a video clip of Michael and Hebe cycling along the coast, with Ormylia in the distance. The photos are; Michael in Zurich, on the Croatian coast with his NI t-shirt, at the Macedonian/Greek border, at the Edessa waterfalls with Hebe and Jude, Jude on the overnight train to Istanbul and the view from Sithonia to Mount Athos.